the public has their own impression of you, but what will your legacy be beyond the fame?

Your Legacy: Beyond the Fame :: Your Legacy Begins Here :: Request Station

To request an original character, please fill out the following application:

Your Name: Brittiany
Character Name: Ryleigh Rollins
Member Group: Singer
Occupation:Singer/Diva
Character Face: Carrie Underwood
Biography: She is the younger sister of WWE superstar Seth Rollins. She had a bad break up from Randy Orton and has been seeing Dean Ambrose.
_________________

Your Name: Brittiany
Character Name: Clary James
Member Group: Actress
Occupation: Movie Star/Dancer
Character Face: Zoey Deutch
Biography: Carly grew up in a small town in Georgia where she met her closes friend Ryleigh. She knew Ry for years and always had a big crush on her friends boyfriend Randy Orton. Now that they aren't together she has Ryleigh's blessing to date Randy.
_________________

Your Name: Samantha
Character Name: Cheyenne Copeland
Member Group: Wrestling industry/ film and tv industry
Occupation: Actress/ manager
Face Claim: Sophia Bush
Biography: Cheyenne is the wife of Adam Copeland. She has two children with him Anthony Michael Copeland who is 5 and Destiny Ruby Copeland who is 3. Cheyenne was Edge's manager under the name Riley Rage. She and Adam are in a polyamorous relationship with Jay Reso, and AJ Styles. Riley now occasionally makes appearances as Christian's manager, along with Edge.
_________________ 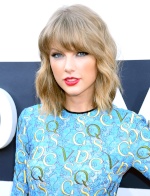 Your Name: Sami/Shea
Character Name: Marco Ellis
Member Group: Other
Occupation: Former literature teacher
Face Claim: Oded Fehr
Biography: Though he'd turned his life around after a short time in jail, a bad break up with his partner led Marco to fall back into his old habits, getting fired from his teaching position as a result of his drinking. 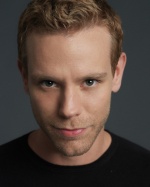 Your Name: Samantha
Character Name: Charlotte Avery Pascal AKA Charlie
Member Group: Theatre Industry
Occupation: Actress
Face Claim: to be decided
Biography: Wife of actor/musician Adam Pascal. Forced into indefinite retirement three years ago due to lymphoma. She returned to nursing school during her retirement, and is now focused on raising their four children: Gabriel, Lennon, Monte, and Aida
_________________

Your Name: Liz
Character Name Peter Darwin
Member Group: Other
Occupation: Theater and Fine Arts critic for the NY Times
Face Claim: Zachery Quinto
Biography: Peter Michael Darwin was born to Vincent and Raven Darwin, the oldest son of the couple, He has a younger brother named Jacob, for the first eleven years of his life things were pleasant and a happy time for him. Then one day he woke up to find his mother had left without even a word and his father a very changed person. His father become abusive to his two sons with Peter taking the brunt of the abuse, making sure that he protected his brother.

By time Peter was sixteen he and his brother had run away to live with one of his father's sisters and things slowly started to get better from them. He met a boy that became his high school sweetheart and slowly started to heal from the years of abuse. A dear friend told him he needed to find something else in life then just protecting his little brother and he joined the high school paper. His first assignment was to write a review for one of his school plays and from this Peter realized writing and reviewing was what he wanted to do. Unfortunately his father came close to finding him and Jacob, he was forced to leave his sweetheart behind.

He moved to New York when he turned eightteen and started college for journalism, when he finished college he got an internship to the New York Times. He slowly worked his way up the food chain and soon had a job as minor reporter, what he wanted to do though was become a critic. After a few months he was taken under the wing of the head critic and soon he was allowed to start writing his on reviews, he is now one of the more popular reviewers.
_________________ 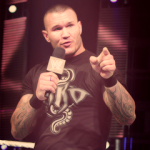 Your Name: Samantha
Character Name: Carleigh Amber Callum
Member Group: Other
Occupation: Co-author of the Moonlit Souls book series
Face Claim: Krysta Rodriguez
Biography: Carleigh Amber Callum had a very similar start to that of her older brother Caleb. The third child of Alina Callum, Carleigh too was born HIV+, though she struggles more with the diagnosis than her older brother does. Carleigh spend her life bouncing around from foster home to foster home, eventually aging out of the foster care system last year in the home of a well known publisher, roland webb, who took great care in teaching her how powerful, and therapeutic writing could be.

Carleigh started writing her first novel, Moonlit Souls at sixteen during one of many stints in a teen psychiatric facility following a fourth suicide attempt. By the time that Carleigh would be cleared to leave he facility, Moonlit Souls would emerge not as a standalone novel, but the beginning of a series, with drafts for two more novels already completed, and a third in the works the day she was released. With a good portion of both her sixteenth, and seventeenth years spent in hospitalization, Roland made it his goal to make sure that his daughter’s novels would make it to store shelves, and the first part of that goal was to publish the first installment by the time Carleigh turned eighteen.

The first book of the series hitting store shelves nationwide at midnight on her eighteenth birthday, while she waited to see how the public would react to her work she set out to accomplish another goal; to find the older brothers that she never knew.

Now, fast forward five years, and Carleigh is living in New York City with her brother, and his older foster brother who she now considers her own family as well. The first four novels of her series continue to fly off the shelves, the fifth set for publication in the next six months, and the sixth nearly finished.
_________________

Name: Brittiany
Character Name: Kaitlyn Jones
Character Face: Lauren Conrad
Member Group: Modeling Industry
Occupation: Model, Actress, Designer
Bio: Kaitlyn has been known for her time on tv, but she has become better known for sleeping with various wrestlers in the WWE. She has had her eyes set on Randy Orton for years, but he has been off the market. She had a one night stand with him after he broke up with Ryleigh and she got pregnant and had his child. He didn't want anything to do with her only the child and she couldn't stand it. Now he has moved on again with another girl named Clary and she was giving him everything that Kaitlyn wanted to give him it sends her into over drive and makes things mire difficult for the couple and friends around them.
_________________

Your Legacy: Beyond the Fame :: Your Legacy Begins Here :: Request Station